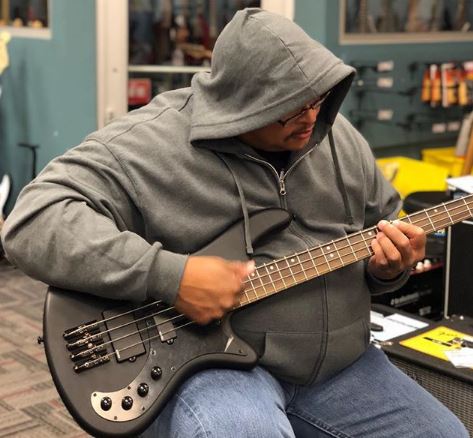 Donald Wayne King has been working on his new Lo-Fi Hip Hop Funk sound. He dropped a new single called "Long Road" that gives you a taste of what he has been working on.
NEW YORK - nvtip -- Donald Wayne King just dropped his latest single "Long Road". This single is special to him because he is introducing his new Lo-Fi Hip Hop Funk sound. Donald has been listening to a lot of lo-fi hip hop and he loves the sound. Lo-Fi hip hop blends soft jazz and the boom bap style of hip hop from the 90's. Donald has always blended hip hop with his jazz music but he wants to focus on the boom bap sound. He is currently working on a new EP called Lo-Fi Hip Hop Funk V1. He intends to make it a long running series where he blends blues, funk and hip hop. His goal is to mesh hip hop listeners with jazz music and bring something different to the music industry. Donald currently has 13 EP's that he recorded from his home studio in Connecticut. Donald currently has a live performance show every Saturday on his Facebook page. He loves to perform live for his fans and his Facebook performances give him a chance to connect with the fans. Donald is also looking to work with some RNB music artists in the future.

About Donald Wayne King
Donald is an award winning jazz bass guitar player from the Bronx New York. He has been featured in top media publications like Bass Musician magazine. He has also been featured in local newspapers. He has garnered millions of views online and he was awarded for his achievements in music. He created the Lo-fi Hip Hop Funk genre blending hip hop boom bap beats with funk and blues.