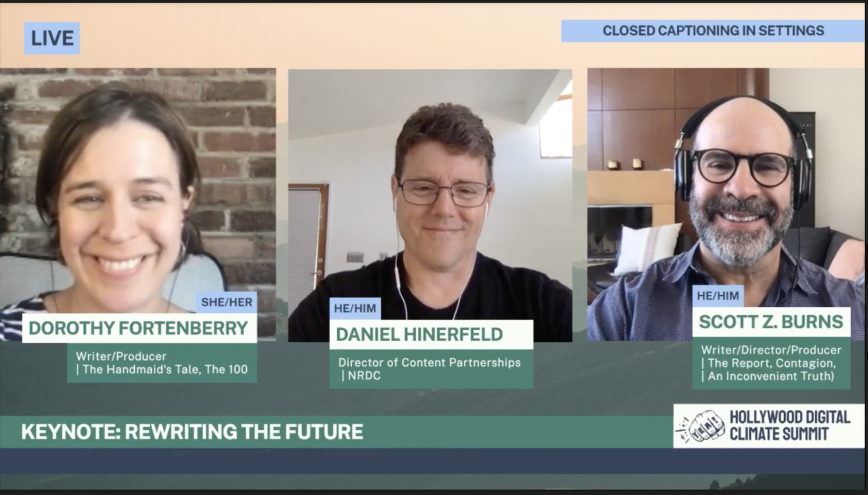 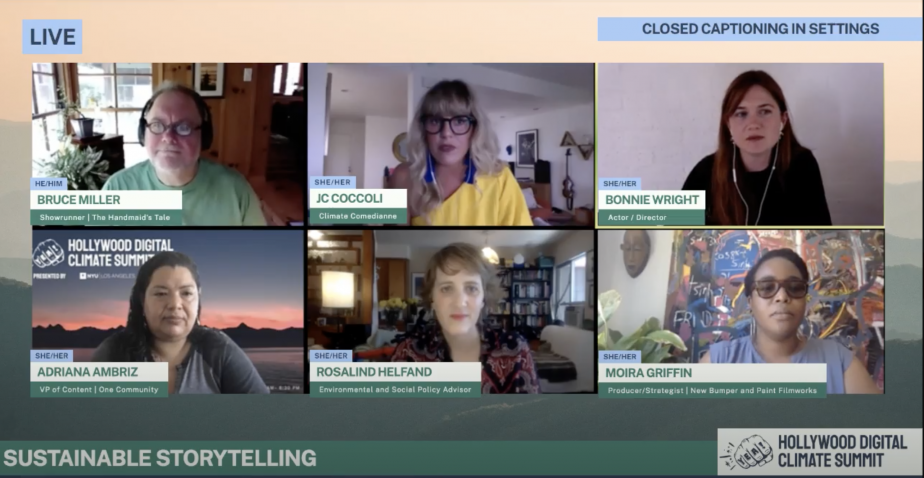 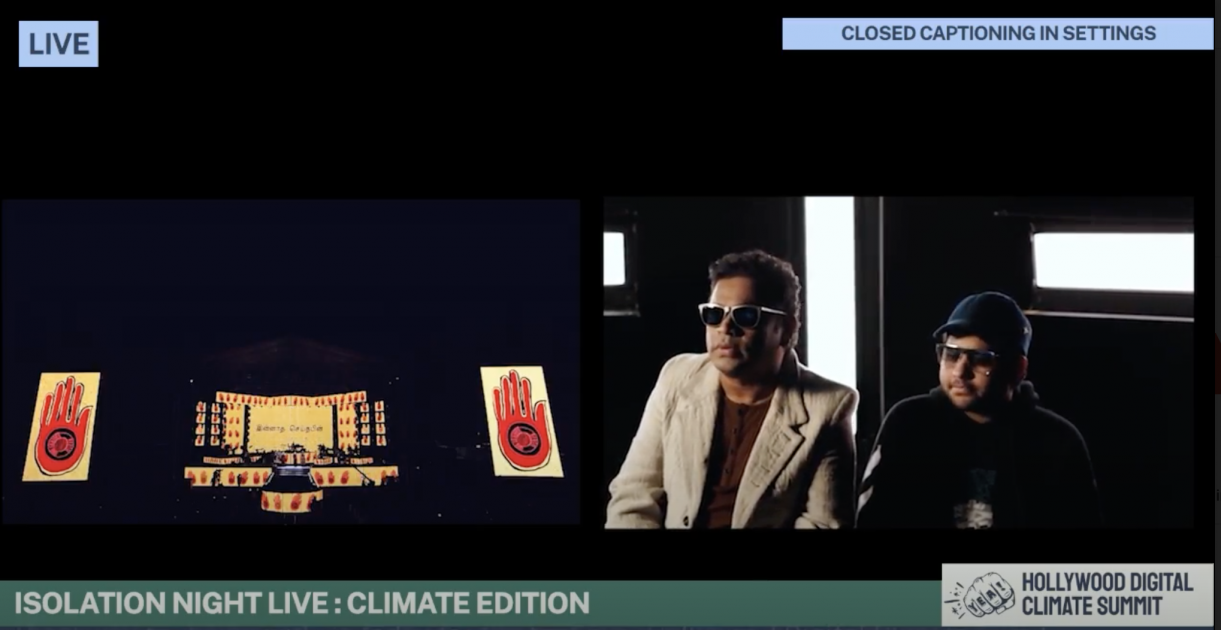 LOS ANGELES - nvtip -- Young Entertainment Activists (YEA!) and NYU Los Angeles partnered to produce the successful first ever Hollywood Digital Climate Summit, which broadcast on Twitch and reached an audience of thousands. The event featured a full day of impressive speakers that educated and empowered attendees on how to use art and media to protect the environment and promote sustainable practices.

The event began with a keynote address from writer and producer Scott Z. Burns, who produced the acclaimed global warming documentary, An Inconvenient Truth. Burns reflected on his relationship between storytellers and their audience. "My hope is that when [audiences] see a story that moves them, they'll be inspired to make a difference."

Bonnie Wright, actor (Ginny in Harry Potter) and sustainability activist, continued on this topic during the "Sustainable Storytelling" workshop. "The way we consume and shift so many perspectives is through the culture of television and film," she shared. "This is the best place I can be pushing policy and campaigning."

In terms of utilizing storytelling to shift people's opinions, The Handmaid's Tale showrunner Bruce Miller encouraged filmmakers to confront people with differing perspectives to help better shape their stories. "The one who agrees with you is easy," he said, "but find someone who disagrees with you that you can still talk to, and learn why they think the way they think."

Other highlights of the day included the "Artivism: Reframing the Amazon" panel. Leo Cerda, an Amazonian native working at the Leonardo DiCaprio Foundation's HAKHU Project commented on how the Covid pandemic has made conservation and support of indigenous peoples more important than ever. "We can see now the limits of globalization. Right now governments should listen to indigenous people," he said. "We should keep fossil fuels in the ground. We should protect the protectors of mother earth. We are working together closely with local governments so we can survive this pandemic."

More on nvtip.com
Founder and Global Director of Amazon Watch Atossa Soltani reinforced this point, sharing that "this needs to happen at the level of the entire planet. We need to look at planetary survival as our new compass, and focus on flourishing and qualitative growth over quantitative growth and overdevelopment."

In "Documenting the Climate Crisis" Coretta Anderson, Integrated Communications Specialist at Earthjustice, continued the through line of the day, underscoring the interconnectedness of art and activism. "At Earthjustice, we understand the importance of storytelling, not only in the court of law, but also the court of public opinion. That is why we leverage documentary filmmaking." In the "#ClimateWoke" workshop, Favianna Rodriguez expanded on the importance of conscientious creative expression to a macro level. "Culture is the growing of an idea, it is the momentum," shared Rodriguez. "What this tells us is that we need to change culture because it can change both the economic and political realm."

"The bonus of having to translate our in-person event into a digital impact production totaling nine hours was that it allowed us to connect and work with brilliant experts, activists, Hollywood leaders, and artists from across the globe," said Allison Begalman, Executive Director of YEA!. "This transition ultimately enhanced our program, broadening our community of young professionals who want to create, produce, develop, buy, and sell culture-changing content, and who want work at companies that put issues like sustainability and climate at the forefront."

This is the first of several climate activism related events and initiatives planned by YEA! this year.

For more information on the summit visit: https://www.hollywoodclimatesummit.com/

YEA! is a nonprofit that believes every person has the power to create social impact through their work. Founded by a cohort of young Hollywood professionals,YEA! creates culture change programming for current and aspiring Hollywood leaders to inspire activism they can do within their jobs/everyday lives. Through the climate summit and their other events, they have created dozens of paid jobs for rising Hollywood talent, united by a mission for good. Currently, the YEA! team's main focus is YEA! Impact: its consultancy that produces impact events, campaigns, and content for film/tv/apps, influencers, nonprofits, brands, and companies.

NYU Los Angeles, a new type of study away experience for undergraduates, opened in fall 2019. Developed by faculty from Tisch, Stern, Gallatin, Steinhardt and Abu Dhabi, the interdisciplinary program provides an opportunity for students who seek careers in the entertainment and media industries to be immersed in LA's artistic and business communities through hands-on experiences, while taking a full NYU course load and continuing to progress toward their degrees. The program is based in the Fairfax/La Brea media neighborhood, with an academic center that includes two classrooms, a seminar room, and a small event space.